"With luck, it might even snow for us." -- Haruki Murakami, from After Dark

I am sitting in our home in Iowa on a cold and snowy day in early February 2021, warmed by the glow of my computer screen. I am doing so because events from earlier today provided me with ample inspiration and motivation to sit down and write this article. Reminiscing about a time long ago, I had gone searching through a box of old slides and negatives, and found pictures from a day in what had to have been about the same time of year as now, 46 years ago, on a cold and snowy day in Fussa Japan.

In early January, 1975, Ritsuko and I began our lives together by renting a tiny apartment in Fussa city, about 3 blocks from the east entrance to the train station. The flat consisted of a single 6 tatami mat room for living and sleeping, a toilet (fortunately a western style flushing type), and a minuscule kitchen. To bathe, we walked a block down the street to the neighborhood Sentō. It was a magical time; we have many fond memories of the few months that we spent living in that diminutive abode. However, after the passage of more than four decades, recalling the details of those memories often requires some discussion between us in order to reach a collaborative agreement on their accuracy.

While neither of us remember very many details from that day, looking at the pictures, we came to an agreement that the morning must have progressed something like this: 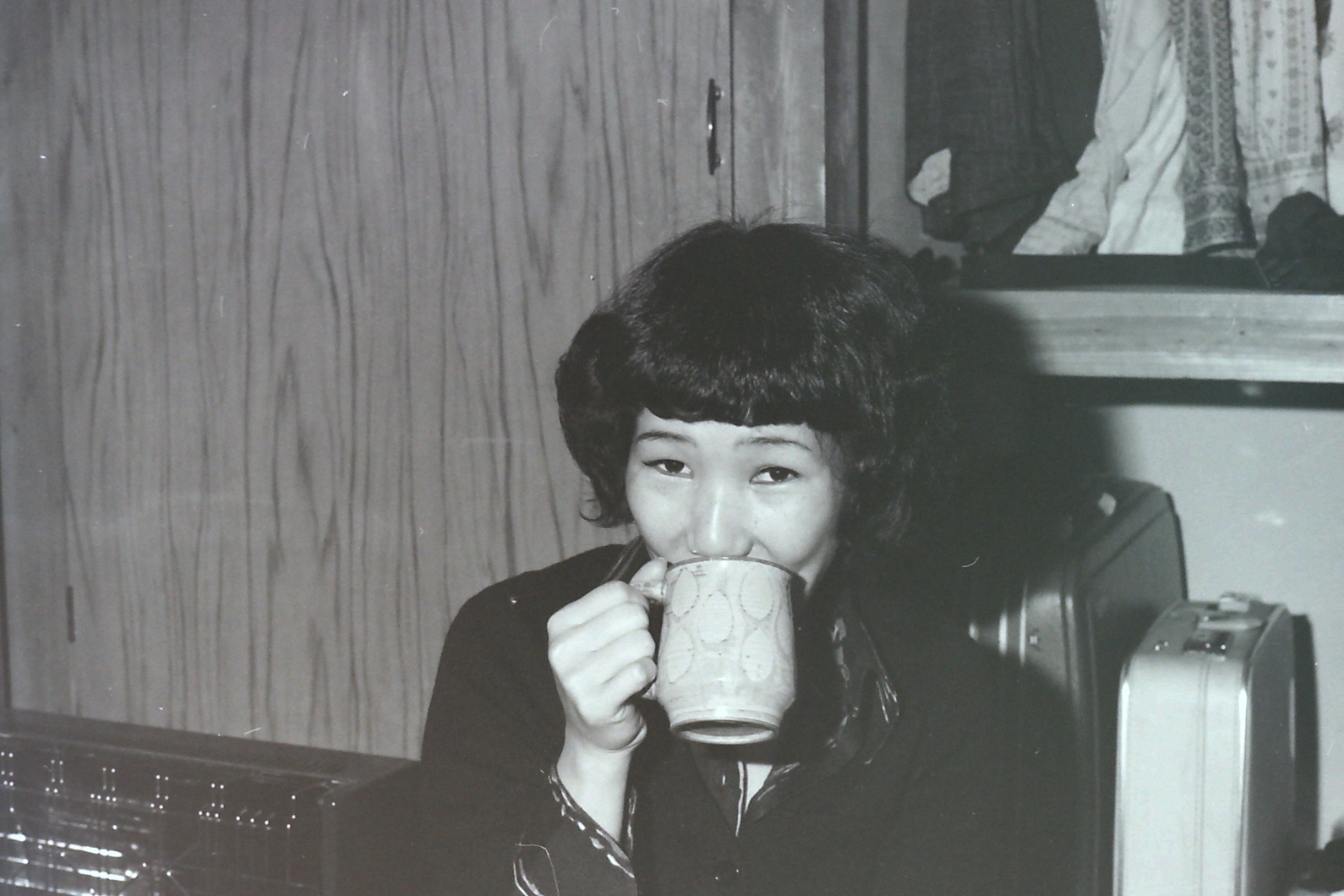 Ritsuko was enjoying her morning coffee. 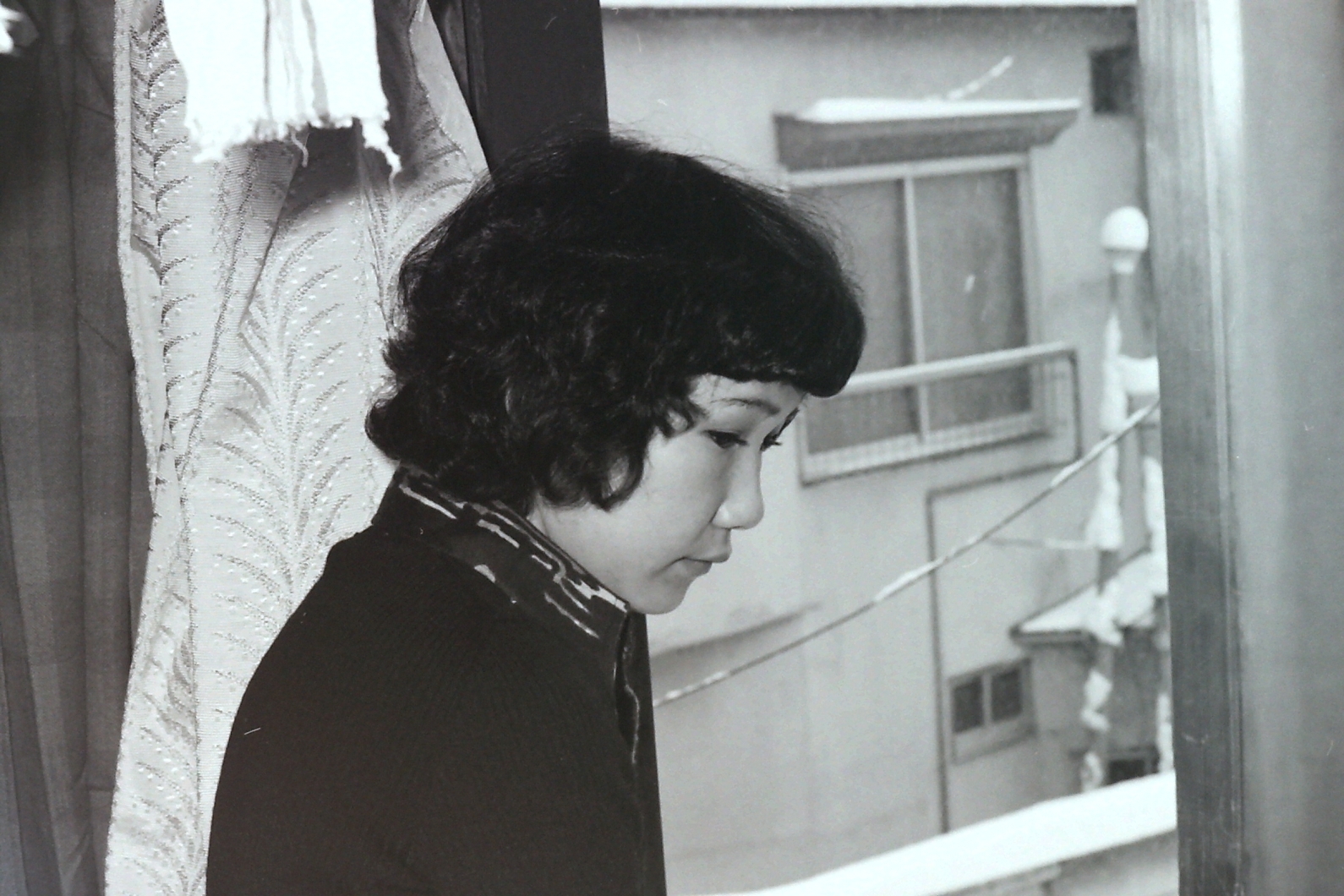 Looking out our window, we could see that there was a lot of snow. Fortunately, neither of us had to go anywhere that morning.

Ritsuko was content to settle down to work on one of her many projects. That day she was probably working on the hideously detailed USFJ Form 196EJ, a six page document via which she was to list her personal history, in Japanese and English. It was required to be submitted in 6 copies (all original; no photocopies allowed) as part of the package of official documents that we had to submit in order for us to receive permission from the US Air Force to marry. 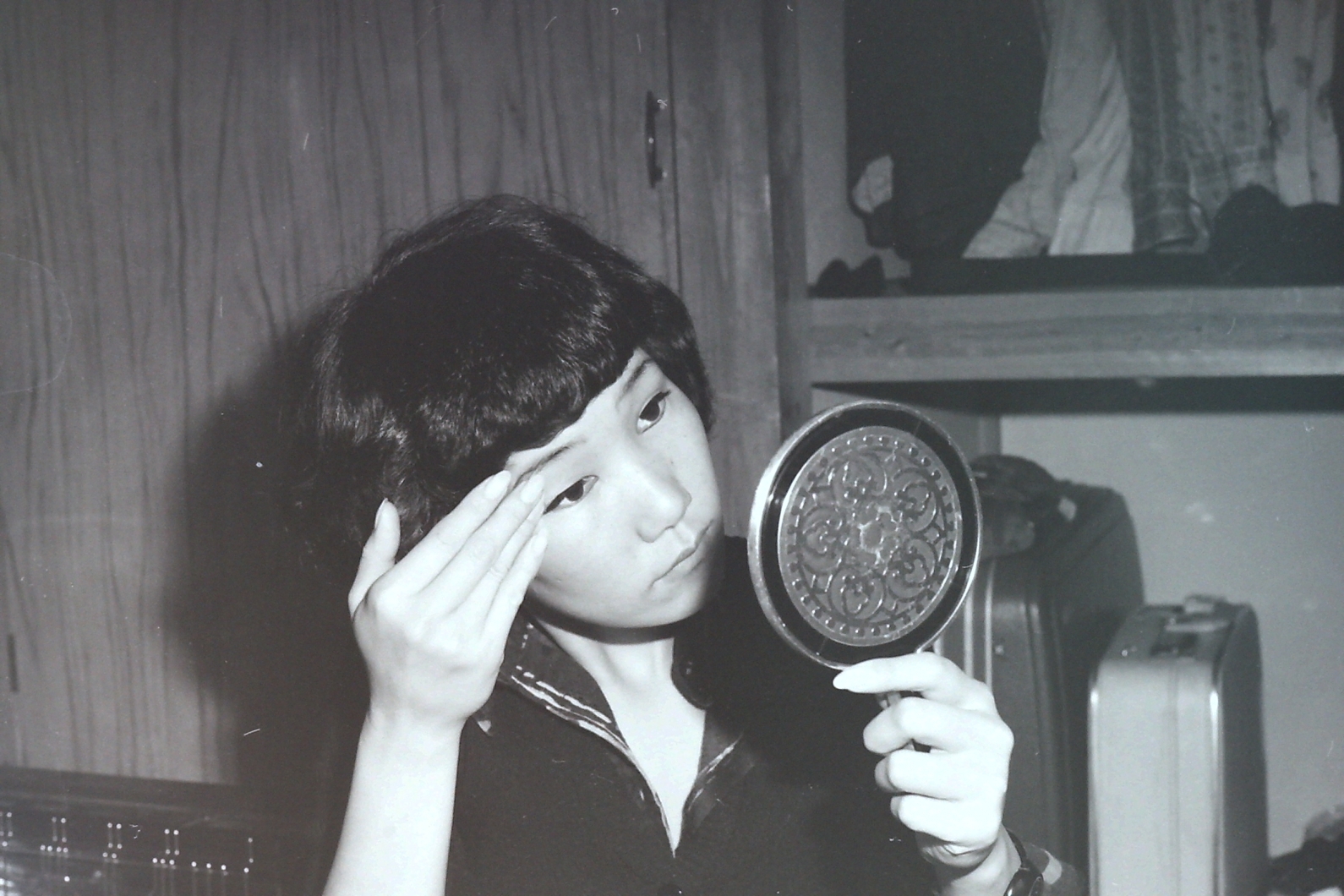 As much as I wanted her to finish the "permission to marry" forms, I couldn't resist being a bad influence that morning by convincing her join me for a walk outside in the snow. Ritsuko agreed; there were just a few last minute details to take care of before going out in public.

Outside, and we're off for a walk in the neighborhood. Wow, there is a lot of snow.

There aren't many automobiles on the streets this morning. 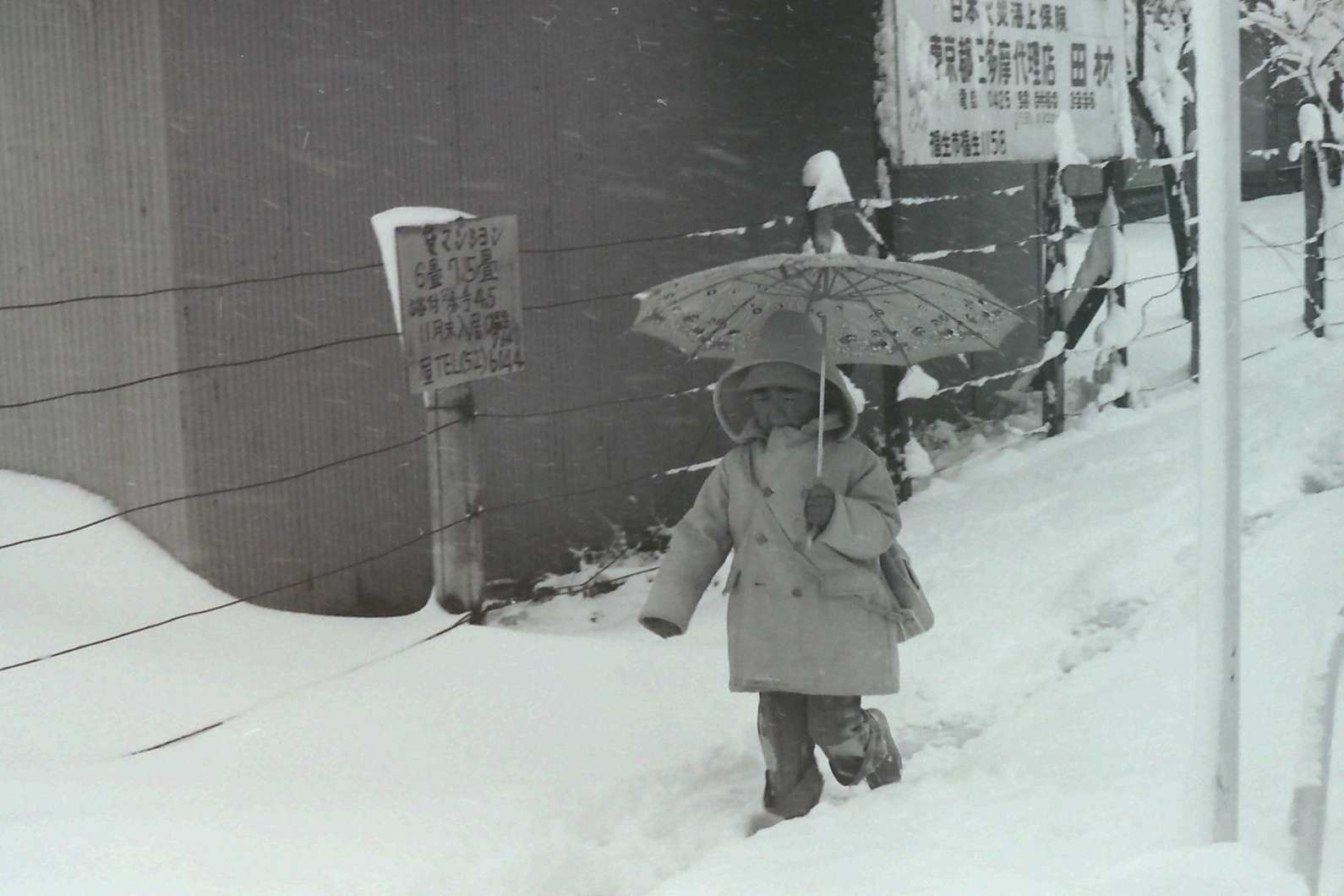 Evidently, this was not a snow day off for the school children. 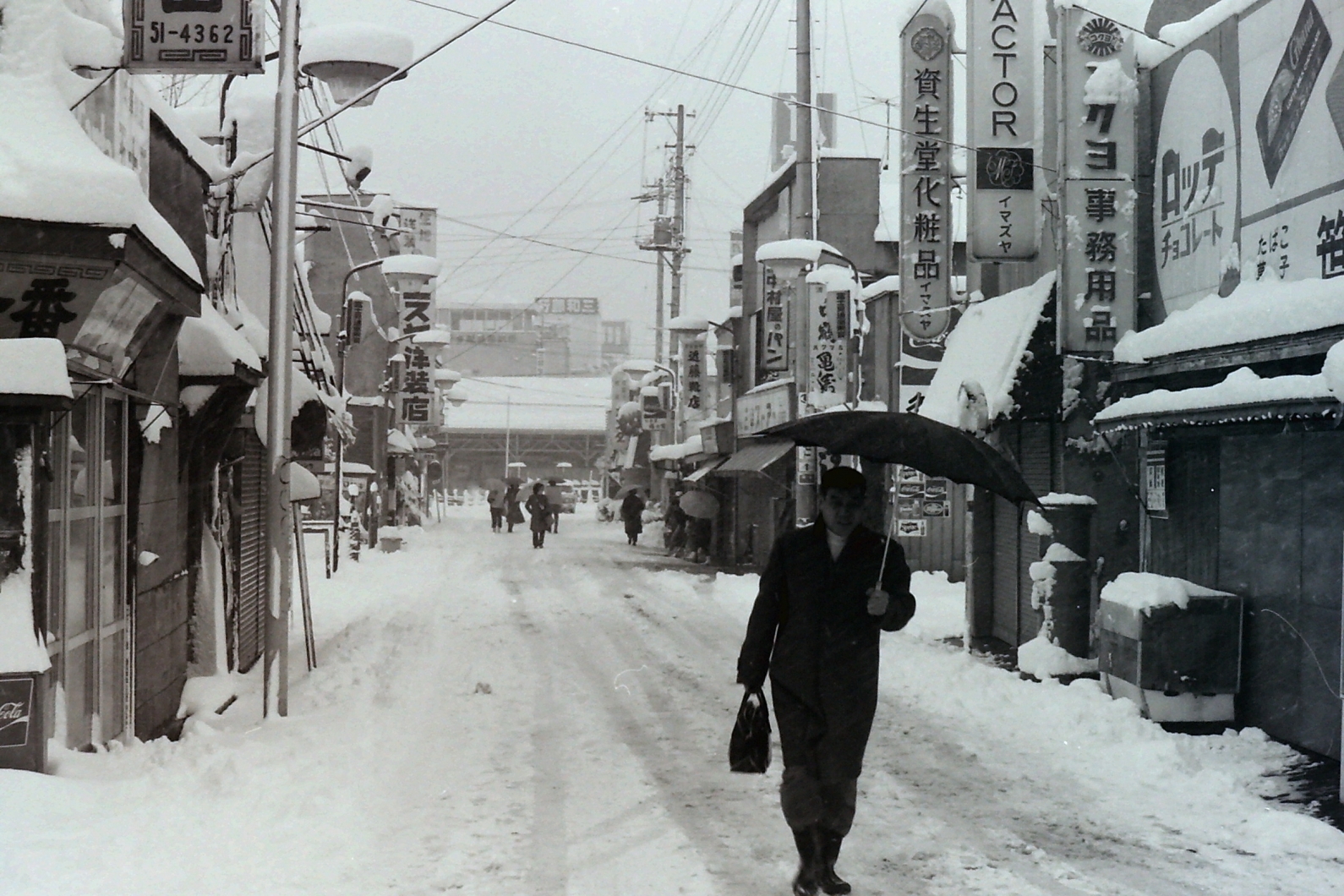 Not a snow day off for most people. Slogging through the snow, it's on to work. 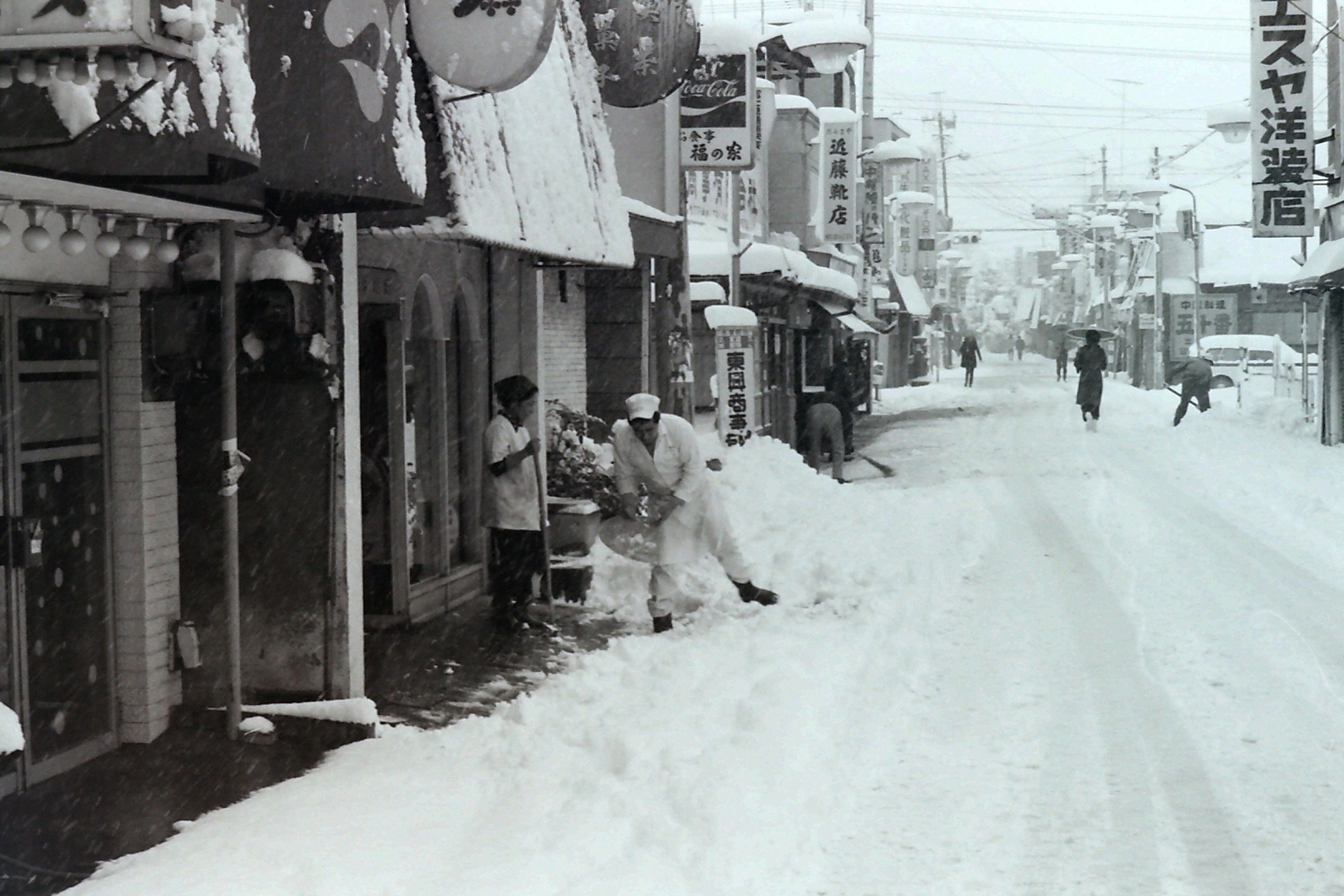 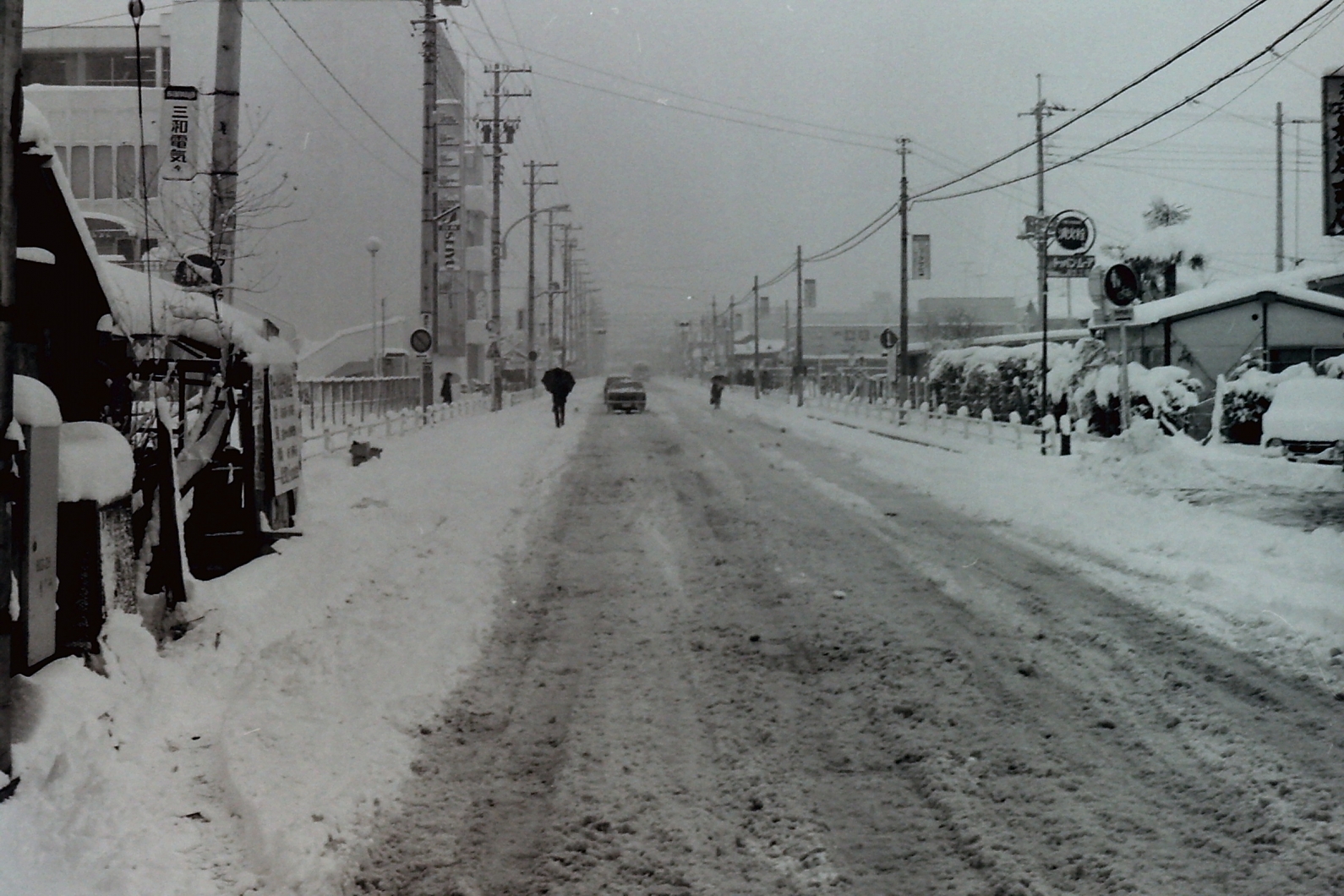 Life goes on, even on a day of slippery, sloppy weather. 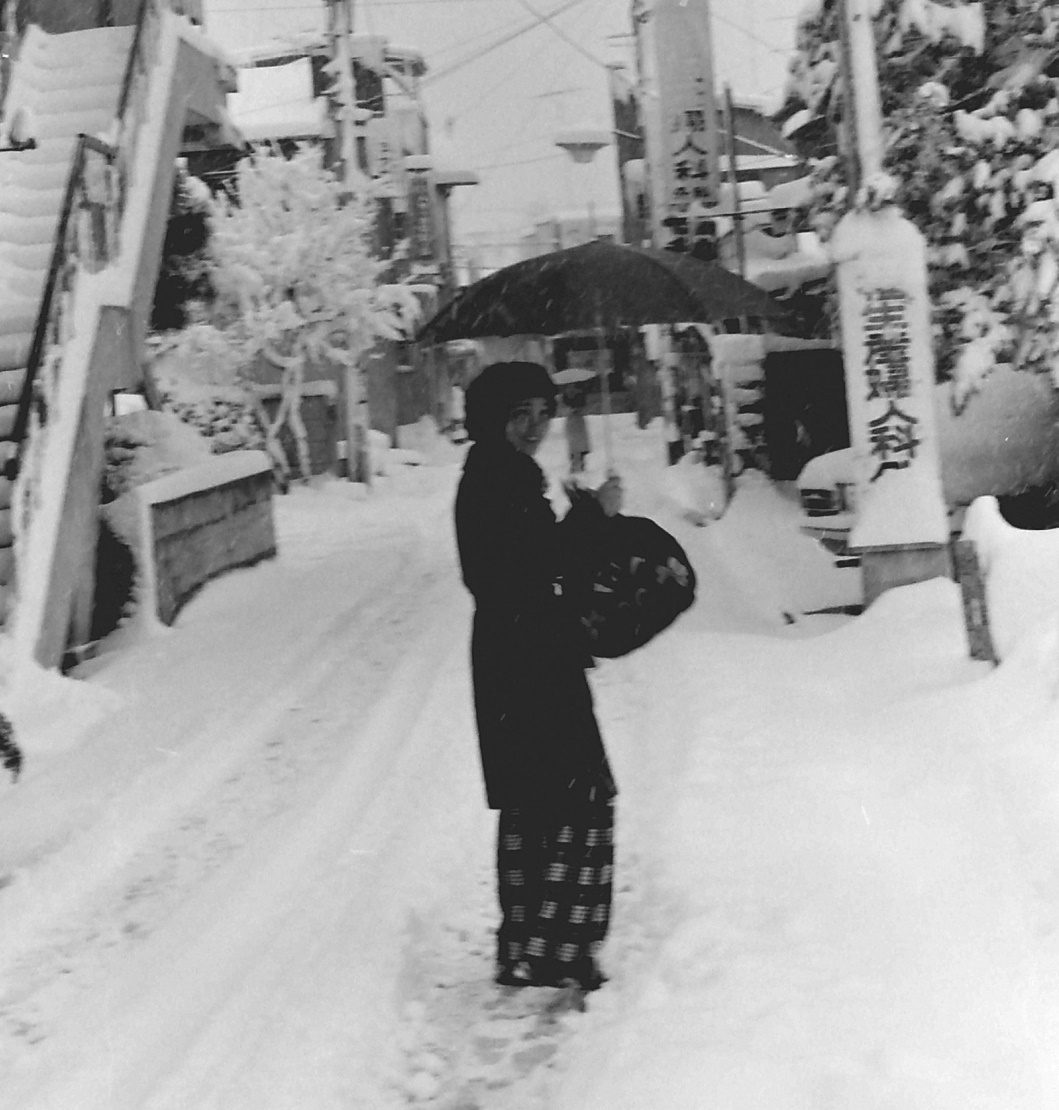 Ritsuko says this has been fun, but it is time to go back home.

Later that morning, we went back outside and Ritsuko built a snow man, a rather portly fellow evidently adorned with some sort of Heian Period head gear. Nice bit of detail, my dear. That blob of snow with two orbs of snow attached haphazardly and standing next to her snow man, is my feeble attempt at sculpting a snow woman. Obviously neither of us were invited to compete in the Sapporo Snow Festival that year.

That's all for now. I hope that you all enjoyed stepping back into the past with us.

"With luck, it might even snow for us." -- Haruki Murakami, from After Dark